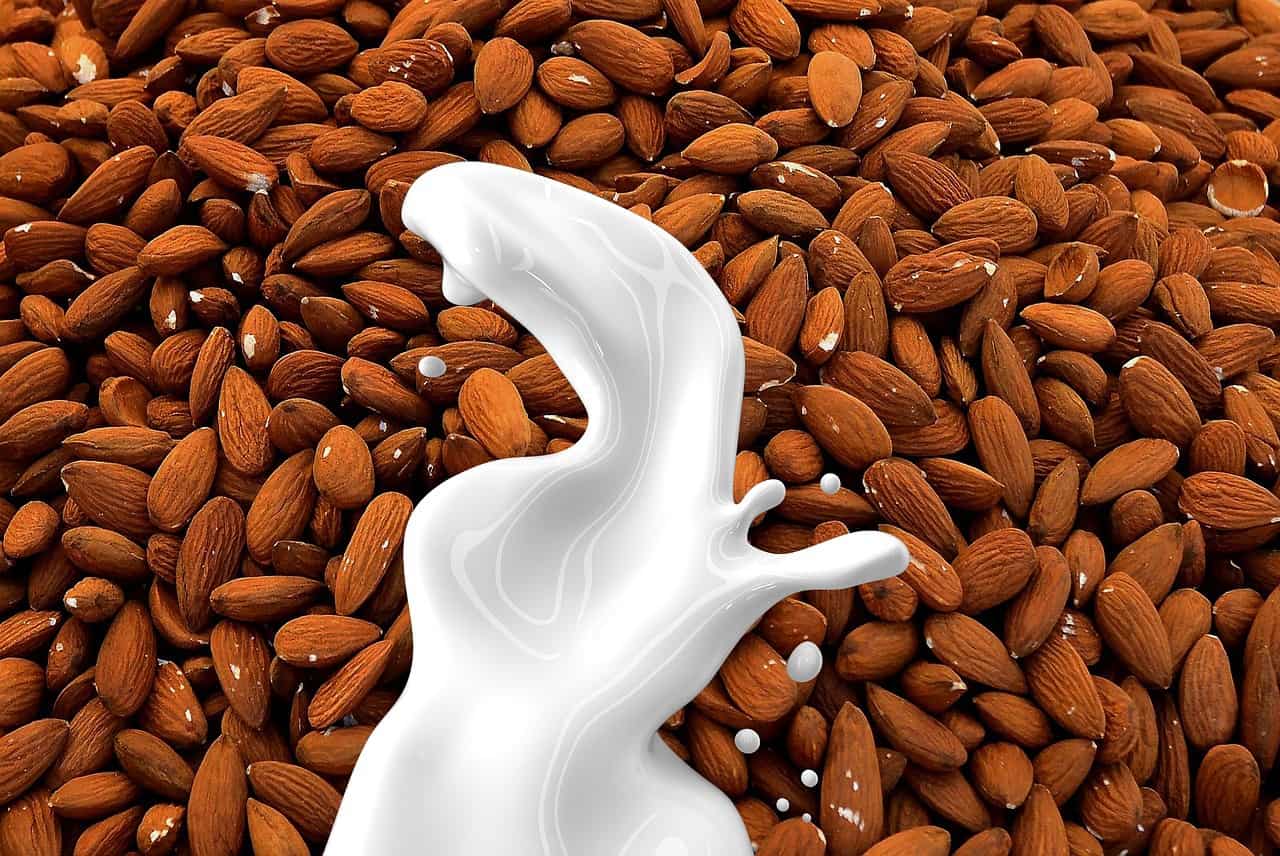 So many kinds of plant milk and so little time! What should we use them for and what are their benefits?

Which plant milk is best? The best type of plant milk to use depends on what you are using it for and your personal taste! Some plant milk lends themselves better to certain uses like coconut milk for a curry and some its purely on taste I prefer almond milk in my tea! Let’s delve deeper into the world of plant milk!

You can buy roasted, not roasted, sweetened and unsweetened, UHT and fresh or you can make your own see here for a recipe. Almond milk is my ‘go to’ I love it in my tea as it has such a subtle flavour and doesn’t overshadow the flavour of the tea. I usually get fresh unroasted and unsweetened, I also make it fairly often myself.

I also use it on cereal since it adds only a subtle nutty flavour. Shop bought is fortified with vitamin D, E, and B12. My children enjoy chocolate flavoured almond milk which is sweetened but a good replacement for a dairy milkshake! My youngest has it on his cereal and then doesn’t add any extra sugar.

Oat milk has a fairly neutral flavour and also steams and froths really well making it a great alternative for cappuccinos and lattes. Commercial oat milk is usually fortified with added vitamins and minerals but also has a good deal of goodness without.

It isn’t as nutritionally valuable as eating the oats and that’s why it is fortified. It tends to have less protein than almond and soya milk but more fibre and is usually fortified with more B vits than almond milk which tends to have more E vits added, useful then, to have a variety in your diet.

Soya milk is a great source of protein and since soy is a whole protein it is bioavailable. It contains vitamins A B12 potassium and isoflavones and is usually fortified with calcium and vitamin D.

It has quite a strong flavour and, for me, is too strong for tea and coffee but it is great to use in baking, it seems to be a good creamy consistency.

Soya is a common allergen and people with thyroid issues shouldn’t have too much. But otherwise, it is a great addition to your diet providing some brilliant nutrients!

Coconut milk is delicious! Canned it is very creamy and great for curries and sauces. It is high in saturated fats although research is ongoing as to if the type of fat in coconut milk is actually beneficial in helping weight loss.

It contains no protein but is usually fortified with vitamins A & D and calcium.

Carton coconut milk is great in hot chocolate and coffee but for me too strong a flavour for tea.

Tinned coconut milk is often used in raw vegan recipes and once refrigerated hardens well to give stability to vegan cheesecakes etc.

Cashew milk is creamy and brilliant to make ice cream! Obviously, it has more uses than that but hey ice cream!!

It contains protein and magnesium, iron, potassium and calcium and fibre. Homemade versions contain more magnesium and fibre but store-bought add calcium and vitamin D! Cashew is also a very good source of copper which protects your cells and helps you stay healthy inside and out!

It contains unsaturated fatty acids which boost heart health. Cashew also contains antioxidants lutein and zeaxanthin which can help protect from Anti molecular degeneration which is an age-related eye disease that can cause blindness and age-related cataracts!

It is mild tasting milk that works well with many things I made a brilliant vegan mac’n’cheese! It has a lovely creamy texture so works well in rich sauces and doesn’t overpower the flavours.

So many types of milk so little time!

It is well worth looking into all the different types of plant milk and what they can offer. Nutritionally they can add useful vitamins and minerals to your diet. They are also useful in cooking and preparing foods and different milk should be used for different things.

Soya milk is the best for baking it is stable at high temperatures making it great for savoury dishes and sauces. Because of its high protein content, it is great for baking and curdling it with a vinegar improves the leavening power of the milk which is great for scones and cakes!

Cashew is awesome for savoury cheesy sauces as it is so creamy and for ice cream! (did I mention ice cream already?)

Almond is great in smoothies and hot drinks.

Oat milk can be frothed and steamed so is good for fancy coffees and also its mild taste means you can add to sauces and it won’t overpower the finished meal.

It really comes down to taste except for when baking then curdled soya is the best!

With so many options there is really no need for cow milk any more … unless its to feed a baby calf of course!