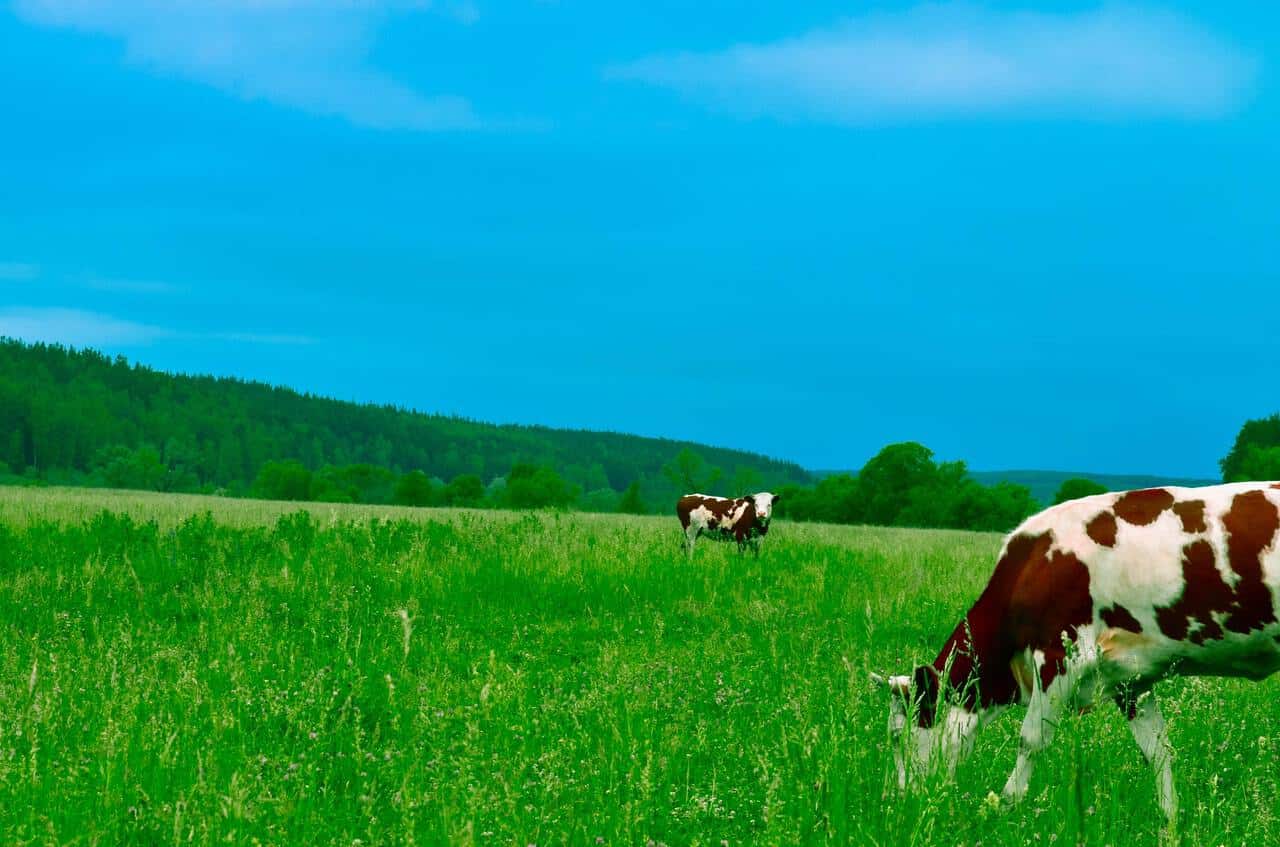 The debate rages on – to eat dairy or not? While there are many proponents to the debate and the theory that dairy is something that shouldn’t miss from the diet, we’re on the other side of the fence not to fight dairy per se, but to show you some of the potential harm.

So what is wrong with dairy? Not only is it environmentally destructive. recent studies have shown its not good for our health or our bones and it is also fundamentally cruel to the cows and calves!  The pain and suffering that the industry causes the animals is enough of a ‘wrong’ for me but there are so many other ‘wrongs’… we aren’t meant to drink cows milk… its perfect for the rapid growth of calves! It contains proteins known to increase your risk of certain cancers! It contributes to antibiotic resistance… and there is more! Read on my friends and when you sip your next glass of milk remember there is an allowable amount of blood and pus in it … mmmm

How natural is the consumption of dairy?

One of the reasons why we’re not all for dairy is because consumption of dairy isn’t the most natural thing to do. According to biology and perhaps what nature intended, cow milk was supposed to encourage the rapid growth of calves. We are not calves, and no adult needs to grow further. It should also be noted that before the agricultural revolutions, human beings only drank milk from their mothers during infancy, with no consumption of dairy in adults. This is the main reason why dairy is strictly forbidden in strict paleo diets.

Therefore, from the perspective of evolution, humans’ optimal health doesn’t require any dairy

It’s also important to mention that humans represent the only species of animals that consume milk in their adult lives, and also the only animals who consume milk from other animals.

A high percentage of the world is lactose intolerance

Do you think that sometimes the universe sends us messages that we go on to ignore? Here’s something to think about – the carbohydrate in dairy, lactose is made of galactose and glucose, the simple sugars. When you’re an infant, the body produces the enzyme lactase which effectively breaks down lactose from breast milk. Note, however, that most people lose the natural ability to breakdown lactose as they grow and in adulthood. Studies now show that up to 75 percent of the adult population is lactose intolerant, which means that they’re unable to breakdown lactose. And lactose intolerance is common in Asia, Africa, South America, although it’s less prevalent in Europe, North America, and in Australia.

Some of the symptoms of lactose intolerance include nausea, diarrhea, and vomiting among other symptoms.

Dairy is not good for the skin, and it could increase your risk of getting cancer

Drinking milk and the intake of other dairy products stimulates the release of protein IGF-1 and insulin. The proteins molecules and the increase in blood insulin levels are associated with the development of acne. The reason for the skin breakouts and acne is believed to stem from the fact that milk has some testosterone-like hormones which could stimulate the oil glands (sebaceous) under your skin, causing breakouts. the

It’s also important to note that the high IGF-1 and blood insulin levels are believed to increase your risk of some cancers.

Even so, it’s important to remember that the relationship between dairy and cancer is rather complicated with some studies noting that dairy could reduce your risk of colorectal cancer. On the other hand, dairy could increase your risk of developing prostate cancer.

While studies on the effects of dairy on cancer go on, it’s clear that dairy might not be too good for you.

Keep in mind, however, that the risk of developing prostate cancer is up to 34% high when you take dairy.

Besides prostate cancer, women who consume at least four servings of dairy daily are at a high risk of developing ovarian cancer

A study revealed that one serving of milk has up to 24mg of heart-damaging/ harming cholesterol, which means an increase in your risk of cardiovascular diseases. On the other hand, the intake of plant products lowers your risk of heart disease because the plant foods do not have any cholesterol.

Thanks to industrialization, most of the milk on the shelves today comes from cows who’ve been pumped full of antibiotics in a bid to keep the animals alive and healthy. Unfortunately, these antibiotics are transferred to humans through milk which is why there has been a rise in the number of cases of antibiotic-resistant bacteria.

The problem is that when humans get infected by superbugs, we need antibiotics to live. However, the exposure to some of the strongest antibiotics from the animals effectively decreases the effects of the antibiotics currently present on the market and in other cases, the antibiotics prescribed are useless.

For the longest time, milk has been marketed as an essential food product for strong and healthy bones. For a large part, this is true, and the calcium from milk actually improves the health of bones. Too much milk and animal proteins in general means too much calcium and calcium is an acid neutralizer. The catch, however, is that the calcium from milk and your bones could, at some point be leached to neutralize excess acidity. In the long run, every glass of milk results in leaching of calcium from the bones.  A study revealed that people consuming too much cow milk have a higher risk of reported fractures than the people who take little or no milk.

The dairy industry is insane, and the insemination process is quite disturbing and inhuman

Big dairy farmers and companies employ some inhumane processes to ensure that cows get calves every year, which means more milk and money for them. For starters, the artificial insemination process is inhumane with bulls forced to produced semen unnaturally and the cows inseminated in not so friendly conditions as the semen is forced into the reproductive system.

There is also the fact that the newly born calves are taken away from their mother immediately after birth, leaving the cows in distress for days as they cry out for their babies. Like humans, cows form strong bonds with their calves in the womb and snatching them is nothing short of depressing.

Also, you might not like to hear this, but if the calf is male, its throat is slit and the meat sold to you, and if the calf is female, it’s nurtured into another milking machine. The female cows are forced to be pregnant every year, and this not only weakens them forcing the cows to age prematurely but also leaves the cows in pain from infections such as mastitis which affect the mammary glands.

The other unfortunate thing is that even with infected mammary glands (which often produce blood and pus), the cows are continually milked and the blood cells and pus filtered out. So, the milk you drink has some infected somatic cells (White blood cells), and you cannot sue the companies because the milk meets the basic number of cells allowed per millimeter.

Unfortunately, there is so much more grossness that will send you down the vegan path instantly.

Looking at all these risks and illnesses associated with dairy, do you still think that you need dairy? The conditions the animals go through and what dairy does to your body make it safer for you to look for vegan alternatives.