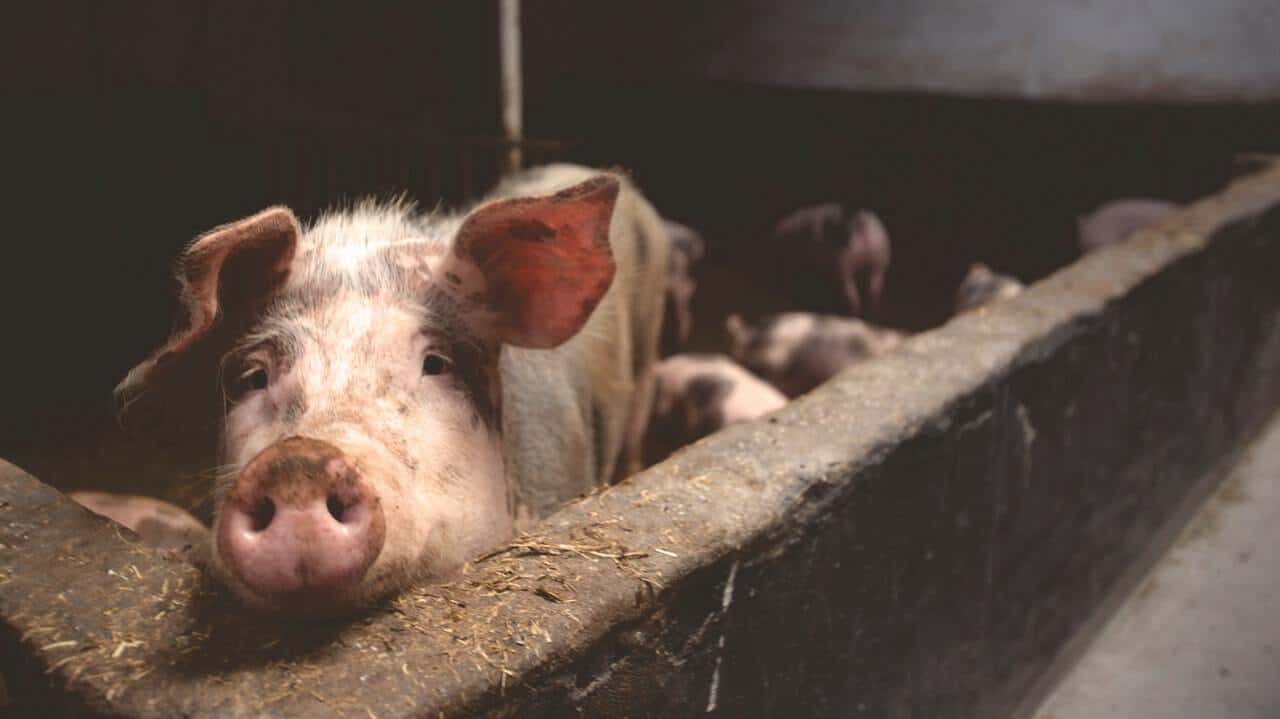 Animal agriculture is the process of breeding and rearing animals for their products such as meat, milk and eggs. It’s easy to say “and what so wrong with that? We need to eat at the end of the day!” Unfortunately, the thing with animal agriculture is that its repercussions to the environment and our health are hidden and devastating. There is approximately 24 billion livestock on the planet, and for an industry whose goal is to minimise production costs and maximise output and profit, this leaves no room for environmentally friendly practices.

Let’s look at some of the reasons why the animal agriculture industry needs to reassess its production practices.

Refers to factory or intensive farming where a large number of animals are confined to indoor spaces and reared under poor conditions. From a consumer’s point of view, it may seem a necessary evil especially when all you consider is how perhaps it would be uncomfortable for many animals to share a small space. It goes much deeper than that and here are some of the reason why factory farming is harmful.

•    Consumer Health risks: Not only are the animals pumped with antibiotics to counteract the high chances of falling sick due to overcrowding, but also injected with hormones which make them grow unnaturally fast. Guess where these hormones and antibiotics end up? On your plate! This unnecessary use of drugs is the reason why there are increased cases of antibiotic-resistant patients and food-based health problems

•    Largescale Pollution: More trees are being cut down to allow for rapid expansion of factories and animal keeps. There is a lot of waste products in farm factories due to the rearing of large numbers of livestock. Inadequate waste disposal leads to water, air and land pollution as environmentally friendly waste disposal practices are not in use.

•    Animal cruelty: Most animals are forced to live in their excrement and sometimes get injured due to overcrowding. The lack of roaming space is said to benefit the consumer who prefers tender meat and therefore justifiable by some.  They do not receive any treatment for their injuries, and in the case of pigs and poultry, the growth hormone that makes them grow unnaturally causes their legs to break under the heavyweight. In addition to the need for the industry to minimise production costs, factor workers are underpaid and are

•    Ocean dead zones: These are areas where fish are unable to survive due to the reduction of oxygen in the water. Pollution like fertilisers from industrial farms miles away finally gets to the sea through surface runoff. The artificial fertiliser does little to support marine life once it gets into large water bodies.

•    Veterinary services are not provided for sick animals as this would significantly increase production costs.

The plight of dairy cows

Dairy cows are forced to continually get pregnant to maximise milk production, once they give birth their calves are taken away from them causing great distress. Not a day later, the industrialised milking process begins. The cows are hooked up to milking machines 2 to 3 times a day and sometimes develop painful mastitis due to the strenuous milking regimen. Dairy cows are fed drugs to increase milk production which also poses a health risk to the consumer.  The moment they have outlived their use they get transported to the slaughterhouse for beef production. The life span of a dairy cow on a farm factory is five years and not the statistical 20 years.

There are vegan dairy products readily available in the market, and one can make their own homemade vegan ice cream using soy and coconuts. Reducing the intake of animal dairy products will ultimately reduce the need for a large number of dairy cows on farm factories.

Ever heard the saying ‘all meat is red meat’? Animals raised on factory farms usually meet their end in slaughterhouses. Some farm factories do not own slaughterhouses. For the animals, this means that their plight begins at transportation. They are crammed into even smaller spaces, denied food and water and protection from the elements during transit. Once at the slaughterhouse some animals are stunned to unconsciousness while others are not so lucky and have their throats cut while fully lucid due to ineffective stun guns. Whether injured or sick as long as the animals are breathing on arrival, they are slaughtered.

Meat production uses a considerable amount of natural resources before it gets to the consumer. The high carbon emissions from factory farms, slaughterhouses, processing plants and transportation. Animals also produce methane gas during excretion which is considerably worse than carbon dioxide. The demand for fast-growing corn for animals’ results in the emission of the greenhouse gas nitrous oxide due to the use of pesticides and artificial fertilisers on industrial-sized farms. It is no wonder that agriculture is responsible for a significant percentage of greenhouse gas emissions.

What can we do?

•    Governments can introduce rewards to farmers that practice green farming, and this could be in the form of tax breaks.

•    There should be free training on biodiversity, how to maintain soil quality and the proper disposal of carbon and other waste.

•    We can also reduce livestock greenhouse gas emissions by improving the quality of food they eat, managing manure and breed control.

•    Reduce our intake of animal-based products and eating more plant-based products. It is a profit-making industry, and reduced demand will ultimately reduce the need for large scale production.

•    Reduce the cost of organic meat, which is meat produced from small farms that use free-range grazing methods and do not use antibiotics unnecessarily or hormones.

•    There is a need to make other dietary alternatives more affordable and accessible in a bid to encourage more people to explore other food options.

•    The amount of profits that the industry makes is more than enough to fund green and alternative farming practices.

There is no small price to pay when it comes to animal agriculture. It has adverse effects on the environment, the animals and our health. The number of chronic diseases and obesity cases have tripled over the years, and this can significantly reduce once more people become open to trying a plant-based diet. For those who may find it hard to give up meat entirely could seek vegetarian meat alternatives as a means of transition plant-based diets.

Non-green agricultural practices play a significant role in climate change, and this is noticeable from the increased cases of erratic weather behaviour across the globe. There are more cases of prolonged drought and cyclones that leads to loss of life, and yet no one wants to point a direct finger on our agricultural practices.

The animal abuse that takes place on these factory farms alone should be enough push to a vegan lifestyle which not only has a smaller carbon footprint but also promotes humane animal treatment. There should be more awareness created on what goes on in slaughterhouses and owners of such establishments together with farmers could explore more humane methods.