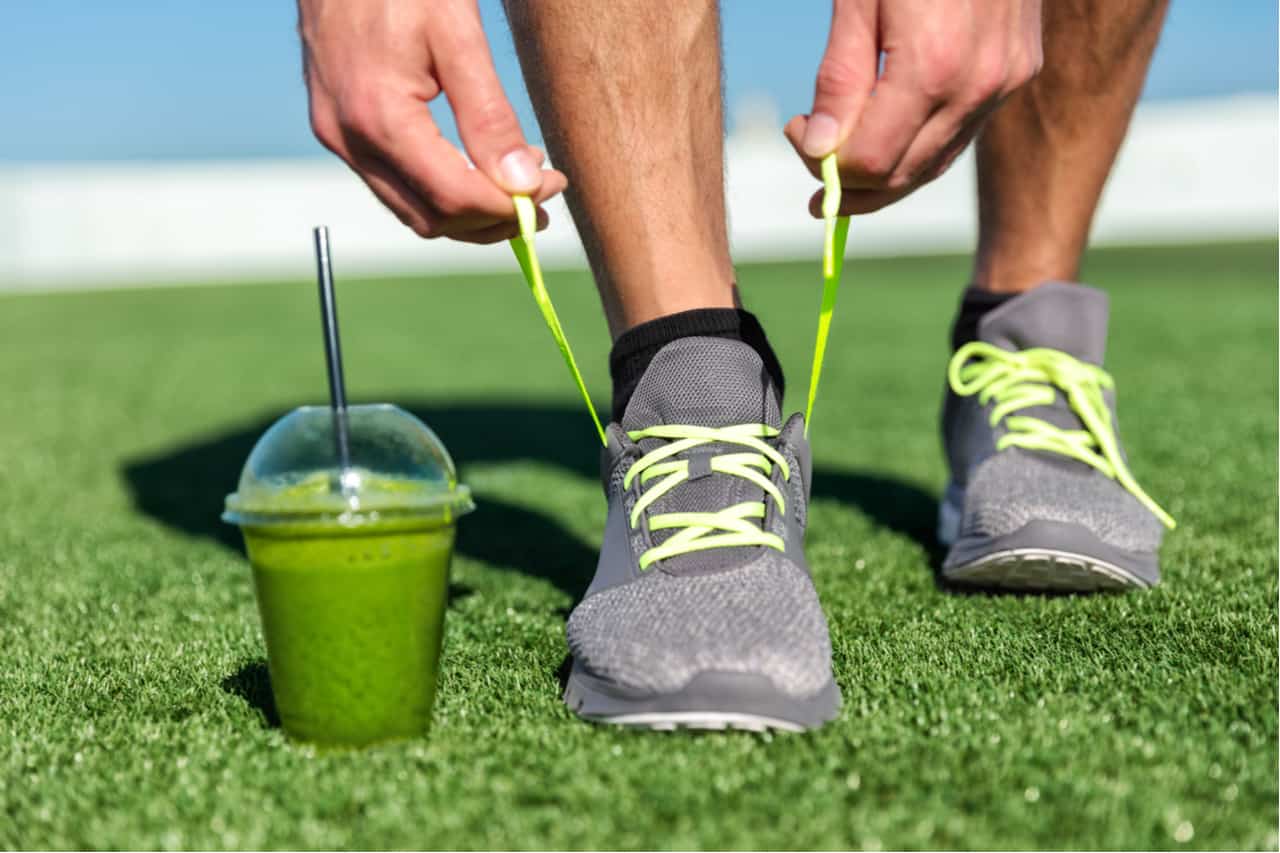 I started researching vegan athletes and was amazed by what I found out! Not only did I find many elite vegan athletes but also whole clubs who became vegan!

So is there a place for veganism in the world of sport?  It seems there is a place and not only a place but it is becoming the place to be! More athletes are turning to the vegan diet to improve their performance and gain the upper hand in their sport.

Forest Green Rovers are a 100% vegan football club in England! According to their website https://www.fgr.co.uk/our-ethos/100-vegan, they were recognized as being the first  100% vegan football club in 2017. Their ethos is entirely vegan they look at the impact eating meat and using dairy has on the environment, the animals and the health of their athletes and supporters. They are also an eco-friendly club taking steps to reduce their impact on the environment and have taken big steps to be a sustainable club at their current stadium however they are looking to build an eco-park that will take this sustainability to a whole new level! The players report that the vegan diet has improved their performance and in fact, they have for the first time been promoted to the English league!

Players from the NFLs Tennesee Titans had about 15 players turn vegan stating that their energy levels and performance had improved.

Lewis Hamilton, the formula one driver, became vegan after watching a documentary about the effects of meat and dairy on the planet and on our health and also the suffering animals go through and said ‘I don’t necessarily want to be a part of that’ He also stated that he was happier and felt healthier being vegan.

Tennis star, Venus Williams, became a vegan to help an autoimmune disorder she has. She claims she feels better than ever and, in fact, follows a raw vegan diet which helps keep her well, on the court and a formidable opponent.

Scott Jurek is an ultra runner and switched to a vegan diet in college he felt it would help his performance and also protect him from getting a chronic disease which runs in his family. His mother has M.S.

Footballer Jermaine Defoe has switched to a vegan diet and credits his ‘come back’ with the switch to a vegan diet claiming he doesn’t miss anything from his old diet since he has the awesome feeling of scoring goals and being at the top of his game!

David Haye a British boxer switched to a vegan diet after researching how he could heal quickly after a shoulder injury and subsequent operation. He has been vegan for four years and says it is a myth that you need to eat meat to be strong!

NFL’s most famous vegan player would be Tony Gonzalez who became vegan after enquiring about a fellow passenger’s vegan plate of food on a flight. The conversation that followed encouraged him to abandon meat and dairy.

Nate Diaz is a mixed martial arts fighter at the top of his game. He became a vegan aged 18 and feels that he is a ‘ smarter and more intelligent fighter’ for being vegan. He is also not short on muscle!

Heather Mills is a multiple downhill skiing champion. She was eating a raw vegan diet for some time but now favours a whole foods vegan diet and is determined to show that vegans can and should be at the top of their sport.

Kendrick Farris is an Olympic weightlifter, proving that you can be vegan and can lift heavy!

Step up Patrick Baboumian a vegan bodybuilder built like a truck! He has broken records and is plant powered!

So how is it possible?

Vegans have long been portrayed as weak, skinny hippies, wafting around like incense and not achieving very much! These athletes along with many other powerful peeps have squashed that out dated view.

Vegans are showing that with a more compassionate and a clean way of eating we can achieve great things! Not just in terms of muscle gain and off the scale energy levels but also in attitude and commitment! Being a vegan is becoming easier but it is still a challenge to feel the need to defend your food and lifestyle choices to people who ‘just don’t get it’ and even get angry with your choices!

Powerful athletes championing the vegan cause can only be a good thing. They are helping to educate and enlighten others on the obvious health benefits and the environmental benefits. Also highlighting the cruelty that goes on in farming.

Of course, there are unhealthy vegans, vegan food can be just as rubbish as typical western junk food! And as veganism becomes more popular and mainstream more processed vegan foods are coming out that are not so good for us! Filling up on fatty or sugary highly processed foods won’t get you a body like Venus Williams or help you lift heavy at the gym. Even vegans need to follow good nutrition and be sure to get a variety of foods in order to be at optimum health.

Having so many vegan athletes in the public eye is inspiring and helping to ‘normalize’ veganism! We can only hope that more step forward with their vegan success stories and that it isn’t only about nutrition but also about a holistic approach where the benefits to mental health that adopting a vegan lifestyle brings is also at the fore of our thinking.

Being mindful about the impact our choice of food has not only on our body but on other beings and on the health of our planet is an important part of being vegan and helps to settle our souls and spirits. I believe it helps us to be stronger mentally and physically when we stop our mindless meanderings through life and we take positive action for change to injustice and cruelty. We, instead of following the herd, stop and take notice of the far-reaching effects our choices and decisions have. This gives you a tremendous sense of ownership, control, and purpose.

By standing up and choosing to be vegan we are saying ‘no’ to the corrupt corporate world that can only exist and get richer by our following their dodgy advice and falling for their mind-numbing advertising. We can’t always get our voices heard for change but choosing where and how we spend our money is a sure fast way to get noticed, and they will have to listen and move with the people when the people aren’t following the beat of their badly tuned drum, or they will fail and lose their empires! Hopefully, they will lose their ability to control and dominate the masses and will become more mindful of their decision making and the effects they are having on the earth and its inhabitants!