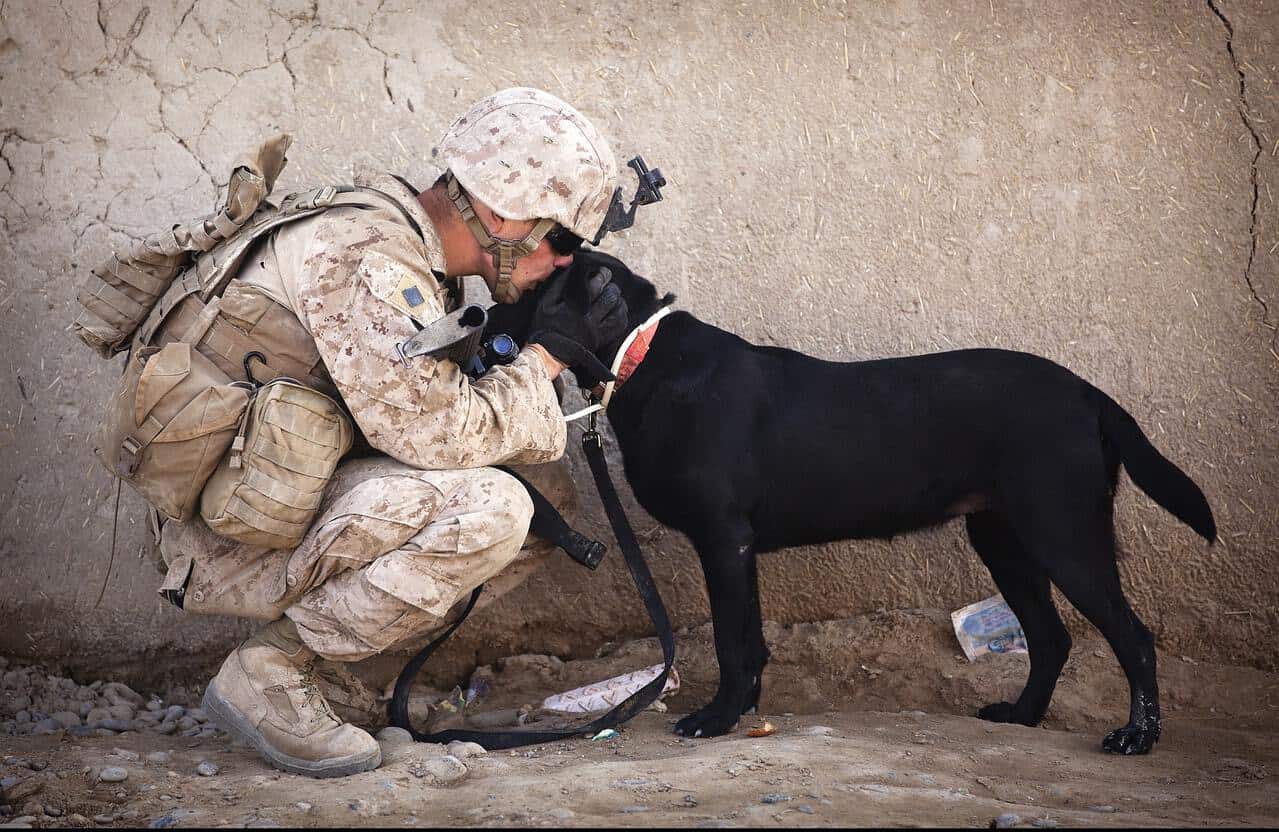 Should we be using animals to perform specific jobs for us? Is there another way and do they benefit at all?

Do vegans support the use of working animals?  In short, some vegans do and some don’t! It isn’t an easy question since we are also looking at our fellow humans who might need the support of, say, a service dog and so we need to weigh up our compassion for both sides and what the alternatives are.

The use of medical service dogs.

We have all seen the fantastic work of guide dogs, seizure dogs, hearing dogs and the like. It is truly outstanding how well these animals are trained and the incredible support and independence they give to their humans. I believe that almost all the people who use a service dog view them as a companion and aid. I assume they care greatly for their animal and are kind and loving providing for all its needs and wants. But… these animals are specifically bred for their role, so there are female animals having babies to be used by humans, how are those mamas treated? Are they just a breeding machine? Is that all their life is and what happens when they are spent? We don’t support the breeding of animals to be sold as pets is this just the same? The outcome is awesome but the process worries me!

So I am also wondering about drug dogs, police dogs, police horses etc … I have no doubt they are generally treated very well as a valuable and helpful asset and I understand police dogs live with their handlers and become part of the family and indeed we have all read stories of dogs killed in action and the handler is distraught! But again they are bred for the task so as above what is that process?

My husband was with the Household Cavalry who use horses and the horses were treated well, in fact, better than the soldiers it seemed sometimes but they worked hard, do they enjoy it? Every summer they would get taken to the beach and they would go in the sea and experience freedom and fun much as we do on holiday. I also know that when they retire they retire well they don’t end up in shelters! There were beautiful horses there who would give kisses on demand there were others who would work out how to get out of their stable no matter what they did to try to stop them! The soldiers would get to know their personalities and their ways and would tell stories about the horses with great affection often! I imagine Police stables are run in a similar fashion so I am not suggesting there is out and out cruelty but is it right?

What if they fail?

What happens to the babies that don’t make the grade where do they end up? I have read that they end up in animal shelters which is a problem if that’s correct.

The animal is then trained from a very young age into its task, do they get a chance to just be puppies, foals, etc?

So the animals are just our slaves then?

It seems harsh but at the end of the day we are just using these animals to serve our purposes and when you say it like that it doesn’t feel right! So let’s unpick it a bit shall we? Let’s use the example of a guide dog but we can apply this to any service/working animal. So the guide dog is trained and then works with its new owner. Right away we can see there is an inequality ‘owner’ implies power over the animal… is that ok? I am called my dog and cats owner… ‘is this your cat?’ ‘who owns this dog?’ but I feel its just words in a way I do own them, as in I have responsibility for them, for their welfare and comfort … in fact I often feel they own me lol. So ‘owner’ doesn’t necessarily have to be a bad term, that person is now responsible for that dog.

The guide dog becomes the handlers eyes in return it lives, hopefully, in comfort and enjoys a good life … is that so bad? The human is helped by the dog who is helped by the human! I have worked as a carer and supported people in their own homes and been paid a wage… I enjoyed the work and most of the people were lovely is that so different from the relationship here? I worked to help someone else keep as much of their independence as possible and I got rewarded just like the guide dog!  However, the dog has been bred into existence specifically to serve the human! It is a tricky one… also I have a choice the dog doesn’t or does it?

My dog WILL NOT play fetch he wants total control so you throw the ball he catches it and keeps it if you want it back you need to find a better thing to exchange it for! All the while his tail is wagging and he is loving life! He also refuses to sit before we cross the road… literally I CANNOT get that dog to do a thing he doesn’t want to! So maybe it is in the dog’s nature to be helpful just like some humans are helpful and enjoy a life serving others?

So what about drug dogs, police dogs, police horses, etc? They are put in harms way often as part of their job is that fair? Service dogs are with their owners carrying out their daily tasks but these animals are used during riots, drug raids and in possible violent situations. Is there a better way there is no doubt that the animals often enjoy their ‘work’ and enjoy the fuss and reward but they must feel stressed when ‘all hell’ is breaking out around them? But in nature stress is a normal part of life running from a predator, hunting for food…

NO! This to me is a no brainer! There is no need at all to race a horse, flogging it along the furlongs and maybe killing it over a treacherous jump! The only one benefiting is the owner and the bookies! Seriously it is pure ‘entertainment’ right up there with circus animals and swimming with dolphins in captivity! It is selfish and unnecessary and there are loads of alternatives! Gamble on a card turn or play the lottery, watch tv or go to the cinema there is nothing good about horse racing nothing at all!

I can’t call it! It is not as black and white as should I wear leather or eat meat? There are alternatives to both these things and the cruelty is unbearable.  To me, a dog saving his owners life by alerting them to an impending seizure is amazing and important and there isn’t a viable alternative! A dog sniffing out drugs and loving the thrill of it is awesome and useful and again there doesn’t seem to be a viable alternative …I’m not so certain we need horses for the police, there seem to be other modes of transport around and The Household Cavalry I love it, they look impressive and its tradition but that doesn’t make it right!