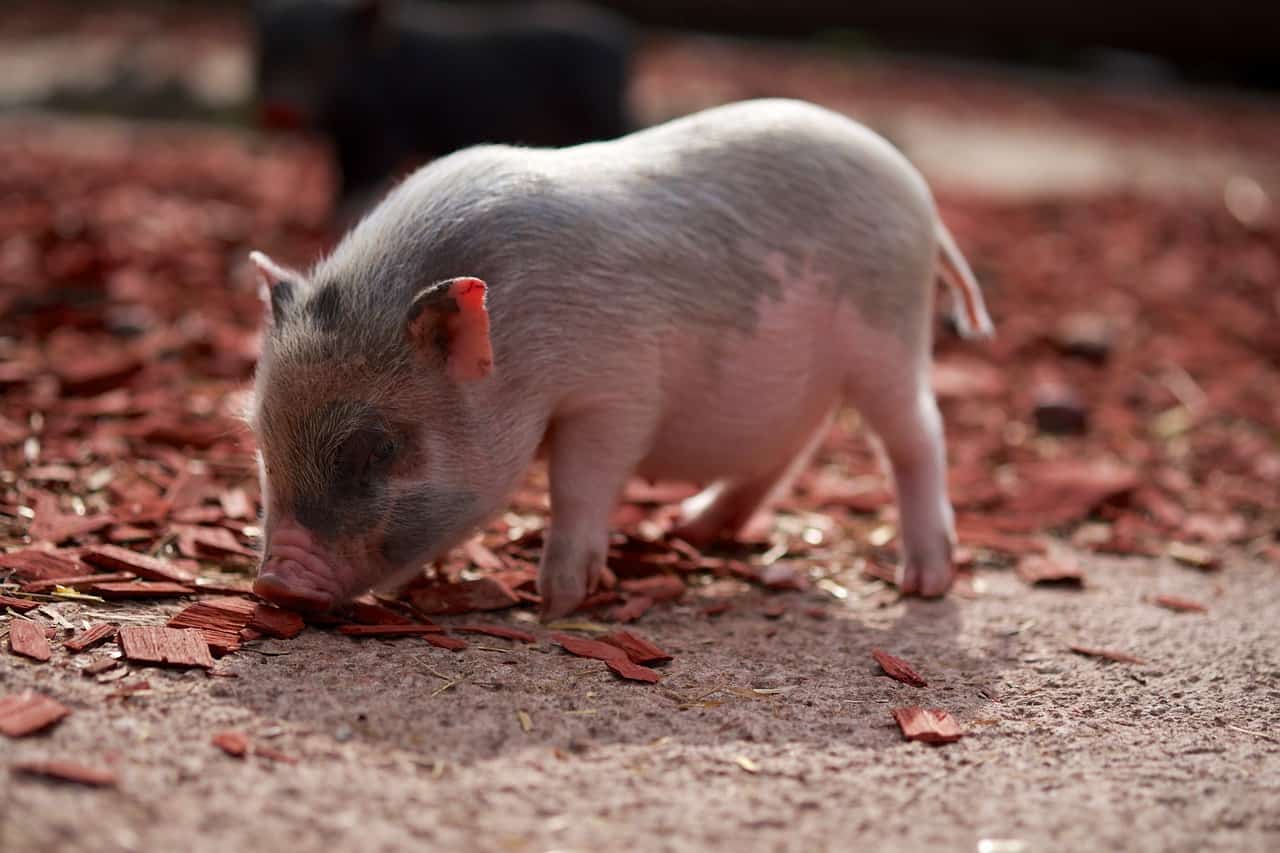 Chatting to a friend I had not seen for a while and she remarked ‘you’re vegan now aren’t you?’ I confirmed that I was ‘what made you become vegan?’ she asked, screwing up her nose … when I started to tell her about the violence and cruelty, the environmental impact, she said ‘so do you think we weren’t meant to eat meat?’ I replied that I wasn’t sure but I am sure we were never meant to eat it as we do … so much, every day often every meal and we only began eating meat once we had the ability to cook it so it seems we can get buy without out it! So she asked ‘why don’t you just eat it occasionally then?’ I replied the violence is the same plus the hormones and antibiotics they have to add to the animal? I just don’t want that in my body’ Then she stopped me …’ I don’t want to hear any more you will put me off!’

I have pondered on this conversation, the one thing that made her feel queasy was the added hormones and antibiotics, not the violence, the cruelty or even the environmental destruction! Yet this lovely lady (and she is lovely) is an animal lover, Dougie the duck was legendary and her beautiful dog George was the talk of the park! especially when he humped the pastor’s leg!  … all the many animals she rescued from unwanted homes or animals she chose to love and care for and it got me thinking…

Can you really be an animal lover and eat meat?  I think you can if you have separated the meat on your plate from being a living, feeling, sentient being. You have to separate the two and not see the connection!

How do we reconcile patting our dog whilst eating a cow?

So you are having a bar-b-q, or in our house, a Braai and you are happily munching on a beef burger or a pork sausage in a bun, your dog runs over to you, hoping for a taste you pet them and give them a taste! You are blatantly loving one animal and eating another!

This my friends is called Cognitive Dissonance … two behaviours are contradicting each other this can cause discomfort if you become aware of it … for example that annoying vegan at the Braai challenges you! That’s when we get angry, usually at them for being so opinionated, when really it’s us, we have two behaviours going on which are inconsistent and, when challenged or we otherwise notice it, it makes us uncomfortable!

We see this with smokers, they know the associated health issues but they still smoke! Now when left unchallenged they can literally push it to the back of their minds but when challenged by the gross pictures on the packet of cigarettes or by concerned friends and family they become uncomfortable and will usually become defensive!

If we have feelings of Dissonance we will feel uncomfortable and conflicted so we will try to alleviate that discomfort!  So a smoker might reason that the associated health risks are grossly exaggerated, or they may point to an article they have read about a 102-year-old who smoked since they were fourteen and had no problems!

Sometimes it will lead to changes in behaviour, so the smoker might seek to cut down or look for replacements, like vaping or patches to help them quit.

It seems when we are in a state of Cognitive Dissonance we will try to make ourselves comfortable in some way. This can be difficult if it challenges our traditions or belief systems.

So as a society we have been taught, en masse, that meat and dairy are an important part of our diet. Advertisements, doctors, health professionals, and parents have made it clear that we will struggle with our health if we don’t consume animals and animal products! So it isn’t surprising that meat-eating is defended! We, vegans, are ridiculed and shouted down often with a great deal of anger and passion!

I am not a particularly vocal vegan, I am happy to discuss my veganism but I am unlikely to get into an argument, I am just not like that! My hubby will argue passionately and respectfully to anyone who will engage, even if they get angry and attack his personality he will stand his ground!

It amazes me, however, how normally quiet, peaceful, chilled people can become red-faced angry when you merely mention that you are vegan! I now understand they are trying to feel comfortable again, you have made them uncomfortable and now they will attack you to feel better! Of course, they are usually in the majority so it is easy for them to find others to sipport and defend their position!

Let’s look at the Lychee and Dog festival in Yulin China. It is a relatively new festival only started in 2010! However, dogs have been in the Chinese tradition since 1700BC. Also, let’s be clear the majority of Chinese don’t eat dog meat now. However, this is a long-held tradition and the organisers of the festival claim the dogs are killed humanely and that it is no different to eating other meat! So much like meat-eaters all over the world, ‘the animals had a good life and were killed humanely!’

OMG we are up in arms about this festival and the practice of eating dog! Lisa Vanderpump of Real Housewives of Beverly Hills and Vnaderpump Rules reality shows, and also a restauranteur has done an amazing job of raising awareness and rescuing dogs from slaughter! She used her, love of dogs and celebrity status and along with her husband Ken raised awareness of what is undoubtedly an awful event! I am so thankful to her and her team for doing so, however, she still eats meat herself and what about the suffering of all animals? Why are dogs more important?

I think it is just down to the fact that eating dog meat isn’t in our history, having dogs as pets is! If we did eat dogs in the same way we eat other animals, we would probably, try to ensure they ‘had a good life, and were killed humanely’!

BUT we also reconcile having a pet duck at home while we eat duck a l’orange in a restaurant! We seem to be able to disconnect the two! We can tear happily into the flesh of one animal but balk at the thought of eating another! Take horse meat … its legal in the UK but we don’t consume it and when it was found to be in burgers labeled as ‘beef’ there was uproar! However, until the 1930s it was a popular meat in the UK! We now think of horses as beautiful animals that are wonderful to ride and be around, all my horsey friends with their own horses love them as much as their own children!

So it seems to not get eaten you need to be viewed, by the masses as a companion animal and I have no idea how that’s decided! I mean a horse is hardly the same as a lap dog is it!

Sadly, it seems we will push aside our love for ‘all creatures great and small’ … or maybe we will redefine it i.e I love my dog but I love eating pigs! We are conditioned to believe we need meat and animal products to live BUT we get to decide which animals we need to eat and which we need to love!

It can’t be that we believe dogs, cats, and other ‘non-edible’ animals to be more loving and more intelligent than traditional eating animals. I mean ‘Babe’? have you not seen Babe? a gorgeous, clever, loving pig! Ahh, but you wouldn’t eat Babe, right? Just his brothers!

We have proof that pigs are intelligent animals, cows form bonds, chickens love to nurture their young! We have all seen videos on Facebook of some cute ‘farm animal’ being adorable and showing its personality… but we wouldn’t eat them just the others!

In 2017 firefighters rescued piglets from a fire, six months later the farmer presented them with sausages from the very same pigs! The public was in an uproar! But why? They rescued the animals that were destined for slaughter then when they were the ripe old age of six months they were slaughtered, that was their fate all along, and the farmer sent some over as a thank you for saving my valuable assets! The farm responded to the criticism saying ‘we aren’t an animal sanctuary it’s what we do, we give the pigs the best opportunity and chance of life for six months!’ Someone commented ‘“What a dreadful story. Lovely that they saved the pigs but why publish their demise? Grim.” So it would be ok if we didn’t PUBLISH their demise?! see the full story here.

People it STILL doesn’t make sense! We don’t need to eat animals, we have a wealth of other options! Let’s give our poor brains a rest and be true, be honest… either eat the meat, admit its a horrible practice but you are basically too selfish to change or stop eating animals! Let’s just make it honest at least!!