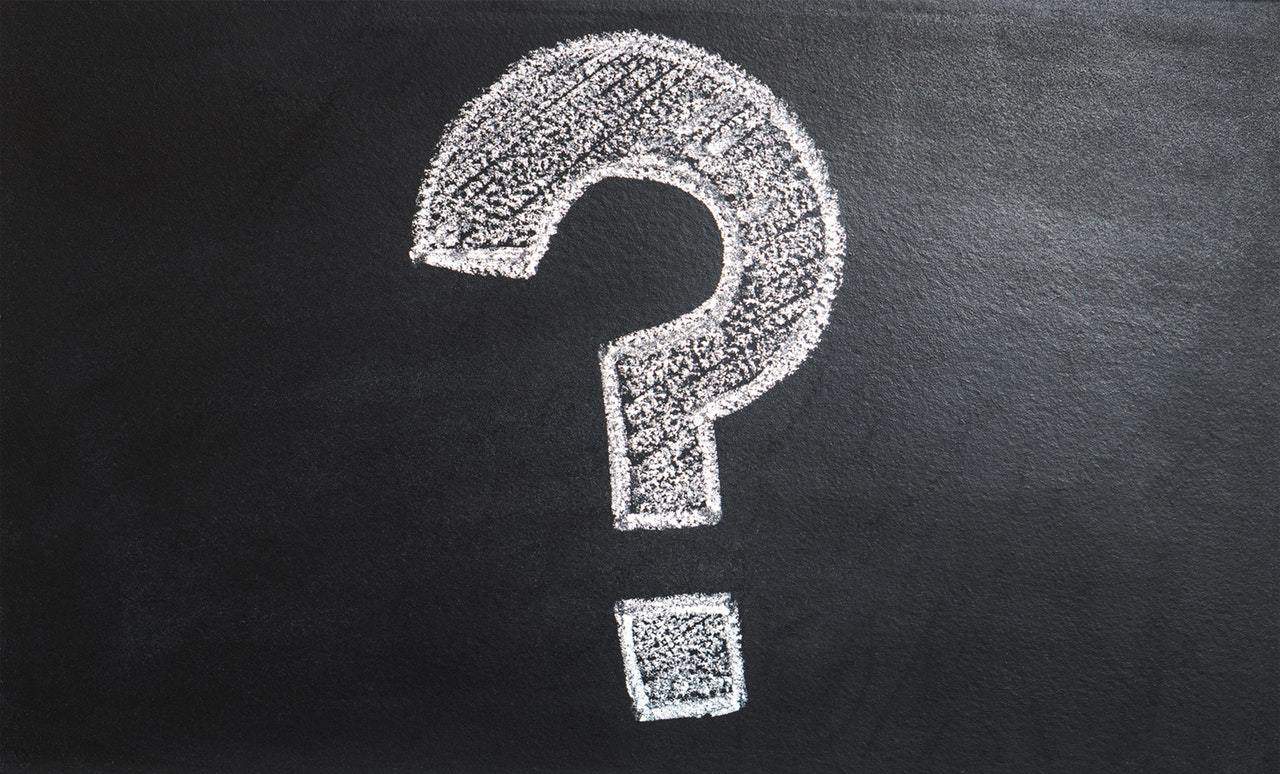 If you’ve been thinking about living the vegan lifestyle, this article might be all you need to convince you.

But, before we go all in, it’s important to note that being vegan is a lifestyle and is not just limited to diet! The food vegans eat is obviously plant based and can be a very healthy way to eat as well as being kind to animals and the environment! It can also be very unhealthy … vegan junk food anyone?! Living a vegan lifestyle also involves the clothes you wear, the way you live as well as what you eat! Its a mindset but that’s not to say you have to start 100% its a process and you might never reach some vegans high ideals and you might surpass others … lets make our number one rule to always be kind! Its not helpful to judge others and its not nice to be judged!

So lets take a look at the reasons we have come up with to become Vegan.

1. It lowers your risk of heart disease as well as type 2 diabetes

Type 2 diabetes and heart disease are two of the most common chronic illnesses in the Western World. However, recent studies show that these lifestyle illnesses could be easily reversed with a low-fat vegan diet.

A vegan diet could also help you fight diabetes. With over 100 million people living with diabetes and prediabetes from obesity, it’s clear that metabolic conditions could help with diet. According to research by the Institute for Clinical and Experimental Medicine, as well as the Institute of Endocrinology, a plant-based diet could carry beneficial effects to an individual’s health.

Vegan nutrition is also important for the regulation of your blood pressure thanks to its ability to encourage the growth of gut hormones. The hormones also help in keeping you fuller for a longer time, which helps in weight management.

According to PETA being vegan saves 200 animals, per vegan, per year! Yes if everyone were vegan there would be less animals but the lives these animals live are not natural or worthwhile! They are not allowed to live naturally forming bonds, enjoying freedom from pain and distress, they don’t even live their natural lifespan as soon as they become less productive or are ‘ready’ they are killed! They are literally a product for the benefit of humans! I would rather see fewer animals than see all these animals living sad lives.

3. Save the rain forest

These beautiful, bio diverse forests are being cut down to grow soy to feed livestock! If we simply grew and consumed soy and plant foods ourselves we would need so much less and be able to halt the destruction of these amazing and ecologically important forests. For each pound of beef that is produced it is estimated that 200 square feet of rainforest is destroyed!(Rainforestconcern) Cutting down these forests is causing more harm to the animal kingdom and so we can save even more animals by being vegan! The Rainforests are incredibly important to our planet, they absorb CO2 which in turn releases oxygen and stabilises the Earths climate! They help maintain the worlds water cycle! Messing around with this is catastrophic for our planet and the rich variety of animals and insects and plant life housed within the forest never mind the effects on the indigenous people who depend on it!

Such a precious resource … it takes 2,400 gallons of water to produce 1 pound of meat compared to 25 gallons of water to produce 1 pound of wheat! Agriculture uses 70% of fresh water across the globe! Whilst we have the water cycle which means we have the same amount of water the problem is that not all water is accessible and the water that is we are polluting with animal agriculture waste as well as using too much! Its a crisis which is being glossed over and one that could be addressed in part by following a vegan lifestyle!

Eating meat robs others of much needed grain. According to PETA it takes approximately 13 pounds of grain to create 1 pound of animal flesh… if we instead used grain for humans we could feed the hungry!

The meat industry is one of the biggest contributors to climate change, switching to a vegan diet is more effective at reducing your carbon footprint than anything else! To produce 1 calorie of animal protein it takes 11 times more fossil fuel compared to 1 calorie of plant protein! Don’t even tell me you are an environmentalist if you aren’t vegan its literally the best thing you can do to help our planet!

Animal agriculture is the biggest contributor to ocean dead zones. Farmed animals excrete massive amounts of toxic waste which ends up in our water ways and creates ocean dead zones. Vast areas of our ocean are not compatible with life … we need to focus on this as much as the plastic problem!

They want to live and form friendships and emotional bonds. They want to experience a life away from pain, fear, isolation. Animals want to be free to be themselves they don’t want to be a product or a commodity!

The chronic pain and fatigue really take a toll on your body and mind, which could easily make you hopeless and very frustrated. The typical western diet can be very inflammatory and cause many health problems.

Whilst I can’t say  that a vegan diet would heal you of anything, there is a ton of scientific research which shows a reduction in heart disease and diabetes. Lets be clear you can eat a very unhealthy vegan diet … Fast food fries are often vegan for instance!

If you have a chronic disease like autoimmune issues or M.E or  fibromyalgia a healthy plant based diet will help you get the best out of yourself! If you are fuelling your body well then your body will work better for sure! Also if you embrace the whole vegan lifestyle and your mindset changes this is going to impact your emotional well being and help you get quality rest and relaxation. So maybe you won’t heal totally but what if you felt better than you do now thats got to be a good thing! There is alot of research out there which points to the vegan diet being very beneficial!

A study on sixty participants, 20 diagnosed with obesity, 20 with type 2 diabetes and 20 with no health issues revealed that regardless of their health status, a vegan diet resulted in an increase in the level of the beneficial gut hormones compared to the persons who ate cheese and meat.

The gut hormones are important in that they help in the regulation of glucose, as well as the energy levels, and the production of insulin. The gut hormones also increase feelings of satiety and contribute to the management of weight.

The other reason for this is that the plant-based foods have a high fiber content to increase feelings of satiety, without adding extra calories.

Also, the gut hormones keep your weight down by enhancing the secretion of insulin, as well as the regulation of blood sugar.

12. A vegan diet is important in weight loss and energy production

If you wish to shed those extra pounds, you might want to try the vegan diet. According to a study, vegans are up to 20 pounds lighter than the meat-eaters. A healthy balanced vegan diet allows you to keep off all the extra fat easily, leaving you with loads of energy.

13. The diet has zero animal fats

With the high link of animal fats to illnesses and conditions like hypertension, diabetes, rheumatoid arthritis, heart disease, as well as several cancers, opting for a vegan diet might be the next best thing for you to do. Animal fats have been shown to be responsible for 13 out of the 15 sources of the cholesterol-raising fats.

So, by cutting animal fats from your diet, you will significantly reduce your risk of disease. There’s also the fact that the animal fats are linked with the transfer of the industrial cancer-linked toxins and chemicals from the environment. Animal fats contain trace hormones and antibiotics that are given to the animal to keep it healthy in unhealthy conditions and hormones help it grow faster these are in turn ingested by you and possibly interfere with your immunity and hormone regulation.

The plant-based and healthy oils and fats, on the other hand, give you all the necessary fatty acids with no risk of raised LDL/ bad cholesterol.

Calcium is an important element for bone health, but milk or cheese is not all you need for calcium. There are multiple plant-based sources of calcium like the black-eyed peas, turnip greens, kale, figs, and spinach. There also are alternatives for vegan milk like soy milk, vegan cheese, and almond milk.

Research has shown that actually dairy leaches calcium from your bones in order for you to be able to process it and make ‘use’ of it!

While you also need vitamins D and K, as well as magnesium and potassium for bone health, you can get these minerals from plant sources.

Studies show that persons who eat more meat are at a higher risk of prostate and colorectal cancers. Vegan diets, on the other hand, lower the risk and protect you against several types of cancers.

The protection comes from the fact that vegan diets are effective in counteracting an individual’s likelihood of chronic illnesses like type 2 diabetes. This function comes from bioactive compounds in plants like antioxidants which can combat the free radicals known to cause cellular inflammation.

The plant compounds also fight/ control the growth of genes that are linked to tumor growth, cardiovascular diseases, and arterial plaque.

17. A vegan lifestyle promotes kindness and a love for the world around us.

Many vegans truly care about the planet and all its inhabitants and look for ways to live in harmony on the Earth instead of from a place of greed and dominance. Our planet cannot sustain us living how we have been living. The greed and sense of entitlement, the feeling that somehow we are superior and dominant to animals and lets face it to our fellow humans who live in horrific lack because of our greed!

They don’t have enough to eat or clean water and we feast on dead animals and drink our fill of whatever takes our fancy! We pollute the land so we can wear throw away fashions with no thought to the effects on the workers or people who live near all the pollution from the fashion industry! Well its not in our back yard is it? Adopting and promoting a vegan lifestyle addresses so many of the selfish acts we perform on our planet and on its inhabitants.

Its not just about not consuming or using animal products, its so much more, its about caring instead of ignoring the destruction. It is about growing and building instead of destroying and tearing down, its about looking at the consequences of our actions and taking care to be, above all, kind. x